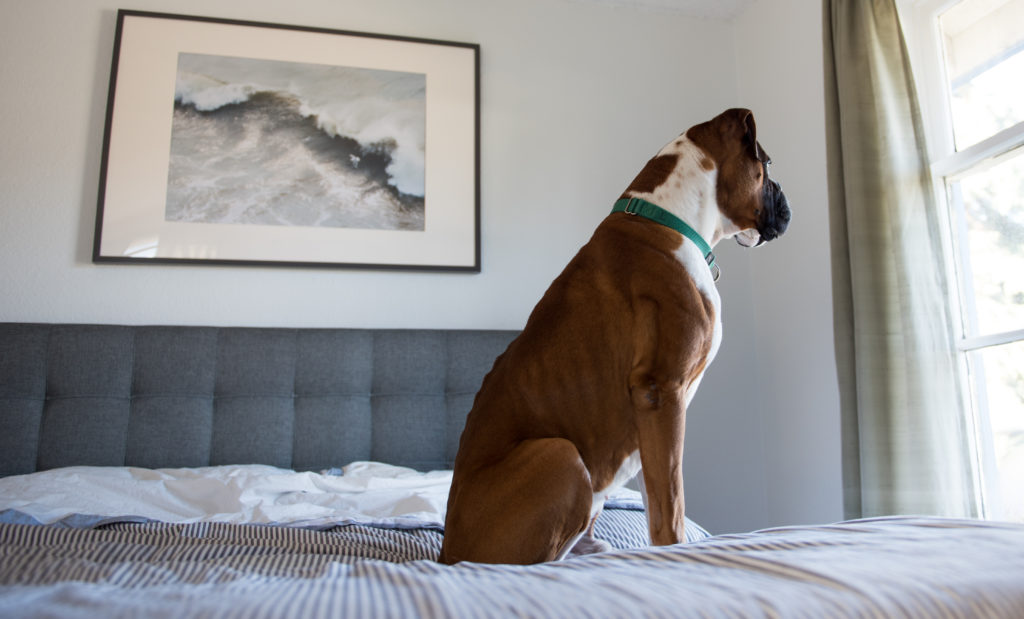 It’s fall once again, and the end to another great summer, spent at the cottage or time off at home. While this can be an exciting time for the kids with all the back to school events, it can be a stressful time for the four legged members of the family. Seeing it from their eyes, it may have been a summer of swimming, barking, playing and sleeping, or simply chilling out with the family on vacation. It can be a hard adjustment for some dogs to get back into the routine of spending time alone. Spending part of their day alone is something that most dogs learn to tolerate.

Not even the most devoted dog owners can afford to skip work in order to entertain Sparky. This is not something to feel guilty over. Let’s keep this all in perspective. Your dog has a fabulous life. He gets fed, walked, medical attention, play time and lots of love. In return, he might have to spend time during the day by himself.

Most adult dogs, who have not enjoyed summers at a cottage, may not feel the effects of a routine change. If they have not spent time away at a cottage, their roles are more defined, and the relationship with the family is more established. They often have some obedience training under their belts, and they will be content, as we are, to sit and laze in the sun.

It is the younger dogs and puppies that may be the most affected and may develop separation anxiety. Many people add puppies to their families during the summer, with the main reason being that they will have more time at home during the holidays, and can devote more time to the new baby pup. This can be a lot of fun, and certainly the concept is good. The trouble can come later, when we haven’t taken the time to give our puppies a routine. Heck, it’s the cottage….routine has gone out the window for everyone!

Try to spend a week or two getting your pup used to what his future will hold. Give him periods of time where he is left alone, even while the family is outside. These periods of time should not only be when he is all tired out from a long hike, but can also be during the mornings when he is active. After all, that will soon be his reality. A puppy that has become the center of attention of a family will often have a harder time later on adjusting to the fact that all eyes are no longer on him. If you have rules that he will need to follow at home, start to teach them now. If he won’t be allowed to be near you while you eat, this should be started at the outdoor BBQ area.

If he won’t be allowed on your couch at home, it is best to discourage him jumping up on the slightly used older couch on the cottage back porch. This will help to ensure that he understands that there are some rules, and you are consistent in following them. Always a great lesson for any dog.

If your pup has spent the majority of his young life at a cottage, you must keep in mind that the lifestyle during the summer can be a lot more active. What this means to the puppy owner may be a false sense of what their pup is like when he is less tired. I used to say a tired dog is a good dog, and now I know better. I now know that a tired dog is a tired dog, which happens to act good because he is tired, not necessarily because he is good.

If you have a pup who was stimulated with a lot of activity, especially outdoor activity, then you may see a huge change when your pup has a lot less to occupy his time. It is important when you get home from vacation that you keep up a level of activity that is suited to your dog’s age and breed. Mental stimulation in the name of training and activities should also be practiced daily. Take this time to enroll him into an appropriate training class, to make sure he keeps mentally stimulated.

Memories are something that are precious to us, and summers spent at the family cottage can be amongst the best. Nothing beats sharing that with your dog. 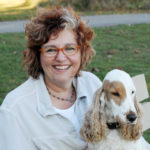 Written By | Gillian Ridgeway
gillianr
Director of Who’s Walking Who Dog Training Centres in Toronto and Ajax, Ontario. She has been featured on many radio and television programs and penned a monthly column in Dogs in Canada Magazine for nine years. Gillian is also a guest lecturer at the University of Toronto, using dogs to shed light on learning theory to psychology students. She shares her home with two dogs, and is involved in dog sports and canine performance teams.
← PREVIOUS ARTICLE K9 Coach – Indoor Fun
NEXT ARTICLE → K9 Coach – From Snowflakes to Flowers in Bloom